Drug testing for co-custody is frequently ordered through Family Court.  Following difficult divorces or separations, parents often accuse another parent of problematic use of alcohol and other drugs.  Sometimes these accusations are unfounded, but neither the judge or the mediators can tell only by the other parent denying substance abuse.  Perhaps the accusations stem from misunderstanding substance abuse, as revenge, defense strategy, power play or a continuation of interpersonal violence--patterns of domestic violence can carry on even after divorce/separation.  Power and Control can continue playing out in the legal battle field.

Anyone ordered to drug testing may however consider this as an opportunity to use objective methods to disprove the accusations.  While inconvenient and somewhat expensive, considering continued legal costs, it might prove a good investment.
To increase the credibility of the test, random testing, supervised by a well trained collector can help a lot. If there is little chance of cheating when the sample (usually urine, breath or saliva) is taken, you are getting more for your money.  In addition, with urine, there are additional things a tester can do (i'll keep this to myself) to ensure the donated liquid is really human, was at the right temperature, was not diluted AND to check for different types of adulteration.  While there are many products that can be found on the internet to promise a clean test, the labs and professionals are also aware of these.  Therefore,  a series of clean tests that were done randomly giving the donor little time to plan for adulteration, again increases the credibility of the tests.  As Bob Marley put it

"You can fool some people sometime, but you couldn't fool all the people all the time"

Several tests over time will help to clear your name if you have been accused of using substances when that is not the case.  And for people that have a history of substance abuse, the tests can demonstrate prolonged abstinence, giving an attorney more leverage to argue in your favor.
Supervised drug testing means a trained "collector" will be with you in the bathroom and follow a protocol to ensure the sample is from the person being tested and adulteration being less likely (putting something in the sample, like water).  This might be difficult for people not used to this, often being unable to urinate, this might be very problematic.  An option might be unsupervised testing, but, as mentioned before, adulteration could be more likely and judges know this.   The sample is send to a laboratory that performs a series of sophisticated tests.  Dip sticks like the one in the picture below, are not used for custody cases as the results need to hold in court.  Allthough, outside of court, the parties could agree by contract to use dip sticks before visitation to "clear" the visit and send the rest to the lab, or not if negative.
Here an exerpt how dip sticks work from personal correspondence with a teaching assistant in a Forensic course through Coursera.org:  "These tests work because they contain an antibody that recognizes the molecule of interest, and this recognition triggers a colour change.  As antibodies are very specific, they are unlikely to be affected by adulteration--after all, they detect the compound in the midst of all the other stuff in urine.The danger with these has always been that they are too sensitive.  There was a case where a woman was fired for being a drug addict after "failing" one of these tests.  It turned out she had merely eaten a poppy seed bagel, and the seeds had provided enough morphine to give a positive result in the test. Therefore, these should be treated as qualitative tests and any positive result should be followed up by something quantifiable"
Quantifiable means to tell the amount present.
Another alternative is using quality oral testing, tests for forensic use only HAVE to be court ordered, so this would only apply if the parties agree and get it put in the order themselves.  The collector places a plastic stick with a sponge tip in the donors mouth and lets it soak up the saliva.  After a few minutes the sponge is is pressed out and some saliva is placed in a reader or can be send to the lab.
For alcohol, before visitation, a simple breathalyzer can be used and the parent could be cleared for visitation.  But there is no way to see if that parent might use alcohol while the child is in his/her care--except for an ETG/ETS test that can test up to 72 hours retroactively--this requires a urine sample.
If you know of parents in custody battles, accused of substance abuse or if you are yourself concerned about a parent that you know does abuse of substances, testing is a viable way to ensure the children are not exposed to substance abuse. 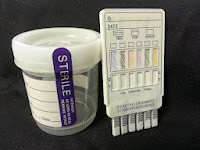 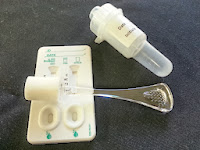 Posted by Aspira Counseling, Ventura at 4:20 PM No comments:

Welcome to the first post on this Blog site.  The purpose of the Blogs is to provide information to current and potential new clients in need of drug and alcohol evaluations.  I hope the reading is helpful and relieves some concerns that inevitably come with court ordered requirements.  I'll start with the most important questions:

I hope this was helpful, it is a long blog hoping to answer a lot of questions people may not get answered when they ask in court.  I have seen letters to courts by therapist saying something like "My client is not an alcoholic, I have seen him/her for three years"--while a therapist might mean well, a judge may not consider such a letter as enough evidence, in particular not knowing what expertise in addictions that particular therapist has.  Hence, the going to someone that specializes in the field of substance abuse might really pay off in the long run.  For more information please visit aspiracounseling.com.

Aspira Counseling, Ventura
The founding of Aspira Counseling was inspired by client's encouragement. The goal is to focus not only on individual client needs, but also on the community. Everyone is considered a stakeholder, individuals, families, agencies and businesses. Working within a network to improve all our work is the greatest aspiration.